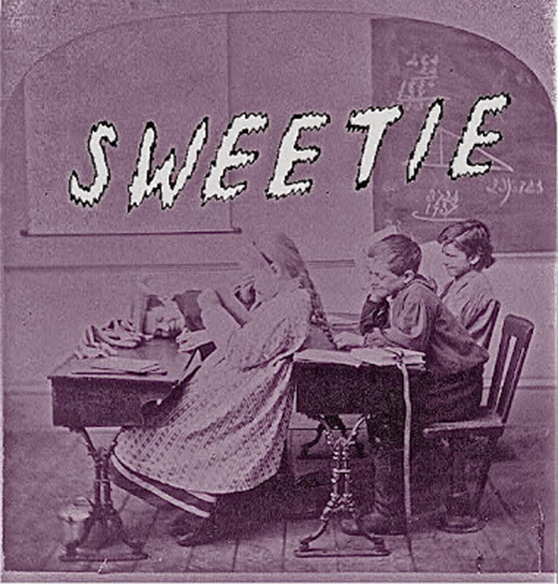 For a band that’s only released one set of demos, Boston’s Tomboy has had a pretty huge influence on us. You may remember our write-up last Spring where we praised them for confronting gender inequality in the music industry with a song like “I’m in the Fucking Band.” But the trio, comprised of Madeline, Hanna, and Ali, have been on our minds in other ways since.

We’ve featured drummer and lead vocalist Madeline Burrows’ one-woman show MOM BABY GOD and also asked the band to contribute to our upcoming tape compilation. One of the biggest draws of this band is their ability to construct spunky songs that are equally as thought-provoking in their message as they are fun.

Tomboy’s newest track “Sweetie” off their upcoming 12″ is a true testament to this:

“‘Sweetie’ is about walking down the street and being called ‘baby’, ‘sweetie’, ‘honey’, etc. It is about  being a woman in public and men feeling it’s okay to touch you, grab you, comment on your body, whistle at you, blow kisses at you; the idea that women exist purely for others’ pleasure and consumption, and the culture of sexual violence and rape culture that gives sexist behavior a pass.”