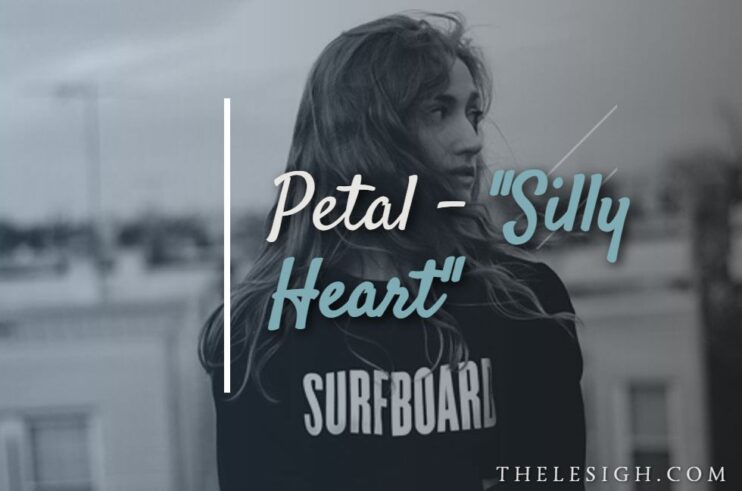 The cover of Shame, the upcoming LP from Petal, features a hazy photo of two windows flooded with unnatural light. It’s beautiful, eerie, a bit off – it hints that everything is not as it appears. Those sentiments are echoed throughout Petal’s full-length debut, out on Oct. 23 from Run For Cover Records.

Kiley Lotz navigates her anxiety, depression, and paranoia through a surprisingly positive harmony-filled rock album. “I really kind of came to terms with what I was dealing with…all the embarrassment and all the speculation, all the mind-reading of everyone hating me, didn’t exist,” the 24-year-old said. “Everyone is carrying around some shame about something.”

Lotz was forced to confront her mental illness when a move to New York to pursue her acting career exacerbated the symptoms, leaving Lotz sometimes unable to leave her apartment, and ashamed of how her relationships were affected. “That was a really difficult transition,” she said. “I really started to experience some symptoms with mental health issues that I had had my whole life, but I just thought they were totally normal. I thought everyone was like that, just thought the way that I did.”

Lotz draws very specifically from those experiences in her songwriting; in the music video for “Heaven,” she meticulously lines up keys on a kitchen counter, a snapshot of a life lived with anxiety. The video transitions, however, into Lotz’s encounters with the mundane and charming moments of everyday New Yorkers’ lives, grabbing a slice and dancing at Coney Island – a brand of saccharine she doesn’t want to shy away from.

“Those are the best days, when you can go out and you don’t feel like you have a problem, and you can just see people and not be afraid of them,” Lotz said of the song’s sentiment. “We’ve caught some flak for it being sentimental, and honestly, I don’t give a shit. The world’s already pretty shitty in so many ways; why not put something nice out there?” As a child who was often told she was too sensitive or dramatic – while inside she was experiencing sheer terror – Lotz finds strength in creation and solidarity.

She gets emotional when speaking about bandmate Brianna Collins (of Tigers Jaw), with whom she wrote “The Fire,” a song about the women’s experience with an online stalker. “I was excited to write a song that felt powerful and weird and off. Everything was big. It took up space,” Lotz said. “I can’t stress enough what a blessing it is to be writing music with my friend who’s also a woman.” Lotz seeks out “ways to be powerful” in other creative avenues, as well; she has acted in off-broadway productions and is writing a musical for Bechdel Project, a for-women, by-women theater/film company.

In music, Lotz finds an emotional release, while in acting she plays out an escapist fantasy. “I’ve been really lucky in that I’ve always played characters who are really flawed but super powerful – but not aware of it,” Lotz said. “That’s always such a fun challenge, to show someone who’s seemingly weak as what they really are.” Lotz is compelled by contained and fleeting experiences, one of such being the live component of performance.

It’s an obsession reflected in her songwriting process; lyrics are immediate and volatile, pounded out in the memos of Lotz’s phone rather than deliberately conceived. “I have an addiction, a little bit, to the live experience. There’s nothing like that interaction between the audience and you,” she said. “What you experience with an artist at a concert, or at a play, you will never have that experience again, and that performer will never have that experience again. It’s so finite to that night, that moment. And I think that’s so incredible.”