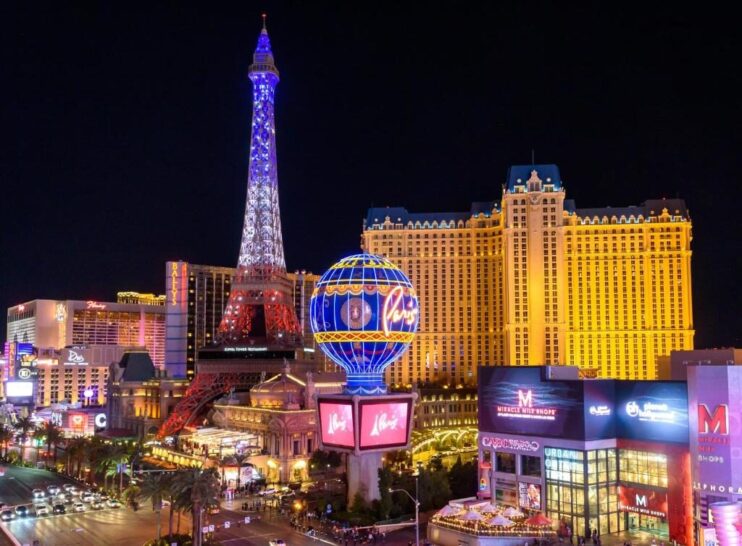 Booking a hotel is a major decision when planning a trip to Las Vegas. There’s a good chance that you’ll be staying in a hotel if you plan on dining out, watching a show, gambling, or partying. As you plan your trip to Las Vegas, we understand how difficult it may be to narrow down the plethora of hotels to a manageable few. So, have a look at our list of the top 15 Las Vegas hotels.

A hotel that is “simply a hotel” in Las Vegas would be unusual. Guests of Sin City’s hotels may expect more than just a comfortable bed and a hot shower. Most Las Vegas hotels also provide posh nightclubs, stunning pools, and gourmet dining at five-star establishments. Even if you’re simply passing through the hotel lobby, some establishments are built to make you feel as though you’re in a European city.

Try your luck at any of these luxury hotel casinos, spruce up your blackjack skills and check out Gentingcasino.com before you embark on your Las Vegas vacation.

Of course, not all tourists to Sin City can afford to spend hundreds of dollars every night on a suite at a luxury hotel. We’ve compiled a list of the top hotels in Nevada’s most well-known city, suitable for a variety of budgets.

The ARIA hotel is a must-visit for individuals who appreciate cutting-edge modern architecture and artwork. The spectacular glass atrium is home to stunning artwork and a relaxing water feature. There is a lot of space, and the views of the city from the rooms are spectacular. The majority of the home furnishings in the room can be adjusted with the push of a button. The spa has received numerous accolades, the most notable being the Forbes Five Star Award and the distinction of being the largest five-star spa in the United States. The salt room and the Japanese stone hot beds are great places to relax and get in touch with yourself. You will feel like royalty at the ARIA, as the hotel is renowned for its excellent service.

You won’t believe the incredible bargain you get at Bally’s, with its newly renovated accommodations, enormous casino, and variety of entertainment options. In addition to being conveniently close to the Strip’s attractions, this hotel won’t break the bank. Rooms are large and spotless, and some even have refrigerators. In addition, several rooms feature connecting doors, making them ideal for hosting events with a bigger guest list. Even more facilities can be found at Bally’s. The exercise center is spotless, there’s tennis courts, there are shops at Bally’s Avenue, and you can pamper yourself at the Salon at Bally’s. The hotel also features Twilight Zone Mini Golf, perfect for families with young children. When the day is over, head straight for the deep end of Blu Pool.

If you’re looking for a well-known hotel in Las Vegas, go no further than the Bellagio. The beautiful Bellagio fountains are located here, and their daily presentations are not to be missed. Since there is nothing else quite like the Bellagio and its famous fountains, they have been included in a wide variety of films. The magnificent conservatory gardens are redesigned for each major holiday, and the foyer is decorated with blown-glass flowers by Dale Chihuly. The Bellagio Hotel and Casino is a sure bet for anyone seeking opulence on the Las Vegas Strip. There are ordinary rooms, suites, and penthouse suites, and if you have the cash, you may stay in a villa overlooking the Mediterranean pools.

Paris Las Vegas is a fantastic option for those who don’t have the funds for a luxurious hotel but still want to be in the heart of the action. Located in the heart of the Las Vegas Strip and just across from the Bellagio fountains, this hotel easily tops our list of the best in the city. Recall when we spoke of staying at a hotel that gave you the impression that you were in an actual European metropolis? Yes, this is one of the examples we were discussing before. An exact replica of the Eiffel Tower, complete with nighttime lighting and simulated glimmering, can be found at Paris Las Vegas. Last but not least, you’ll adore the rooms, which are decorated in the classic blue, white, and gold of a five-star Parisian establishment.

The Linq is another conveniently placed hotel on the Strip that won’t break the budget. The Linq is at the heart of the action on the Strip, and is also home to the world-famous High Roller observation wheel. A ride on the 550-foot-tall Ferris Wheel affords riders a breathtaking panorama of the surrounding area. The Linq Promenade is a lively strip of shops, restaurants, and bars that extends from behind the Linq and features its own miniature fountain. Fans of high-octane thrills can also soar over the Las Vegas Strip on the Fly LINQ Zipline. The Linq is a popular destination because of its affordable costs, convenient location, and abundance of exciting attractions.

The casino at The Cosmopolitan is the epitome of opulence from the moment you enter. The well-known hotel is conveniently placed near many dining options, and its lobby features a stunning purple chandelier that leads to a three-story bar. (Can you locate the one that houses a chic tequila den serving delectable Mexican fare? It’s worth noting that the Cosmopolitan has a rooftop pool with unparalleled views of the Strip. Most of the hotel rooms also have breathtaking views of the Strip. Some suites have extra-large bathrooms and sleek modern decor. The Cosmopolitan’s clean, spacious rooms, variety of restaurants, chandelier-lit bar, and kind, helpful staff are just a few of the reasons we keep coming back.

Caesar’s Palace is another hotel with a European theme; this time you’ll be transported to Ancient Rome. The daily Atlantis Show at this five-star hotel comprises a live figure decorated in the style of Ancient Rome. The Forum Shops at Caesars Palace are a high-end retail destination and among the busiest in the country. As you stroll through the corridor connecting the stores, keep your eyes up to take in the mural painted on the ceiling. The ceiling is painted to make it look like a clear blue sky no matter the time of day. In addition to being home to a stunning pool inspired by the Roman baths, Caesar’s Palace is widely recognized as one of the best casinos on the Las Vegas Strip. There are a total of six individual hotel towers, each of which houses a specific number of guest rooms. Large accommodations and opulent suites with round-the-clock room service are favorites among our guests.

Many high rollers enjoy the Encore because of the pool club, high-end spa, and golf course. Weekends at Encore Beach Club, one of the top pool clubs in Las Vegas, include sets by internationally renowned DJs. Even if you’re not into partying, ENCORE’s superior service and luxurious amenities will make you feel right at home. Inside the store is a mini-mall filled with high-end boutiques like Chanel and Christian Louboutin. The high-quality, elegant accommodations with wonderful city views also receive a lot of praise from visitors.